The Robe Valley Fatigue Trailer is a trailer that has been designed and built by RVO employees and volunteers who share a passion for reducing WA's road toll.  Most of the personnel who have volunteered their time to carry out work on this project have been involved in rescues involving road crash including fatalities.

Bobby Whitton came up with the concept over 12 months ago and has been the driving force for work that was carried out on the project.

The trailer will also carry out a dual role in providing replenishment for rescuers at incidents such as bush fires and road crash.  The trailer can also be utilised for community events which will also reitterate the message and importance of fatigue managment. 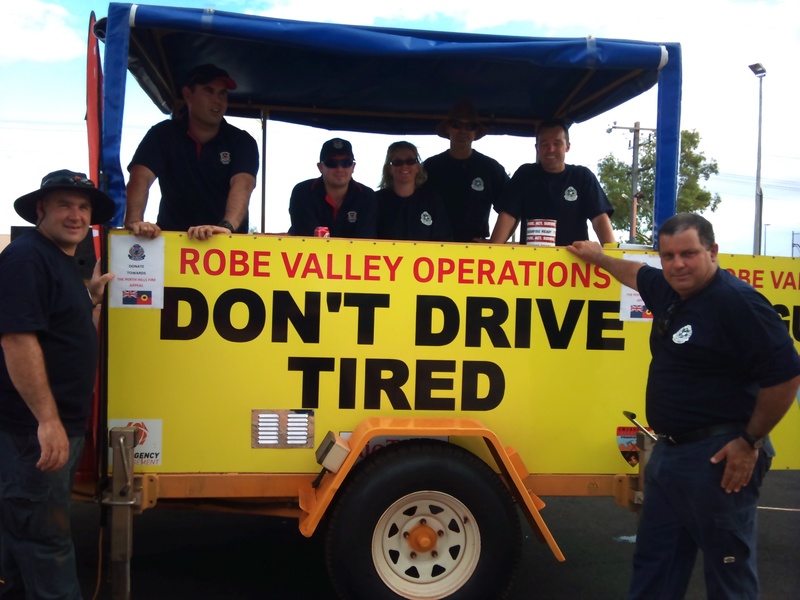 The fatigue trailer has its own power, gas for cooking, refrigeration and abundant storage.

The trailer is based at the Pannawonica Volunteer Fire & Rescue Fire Station, where it undergoes regular maintenance and up keep. 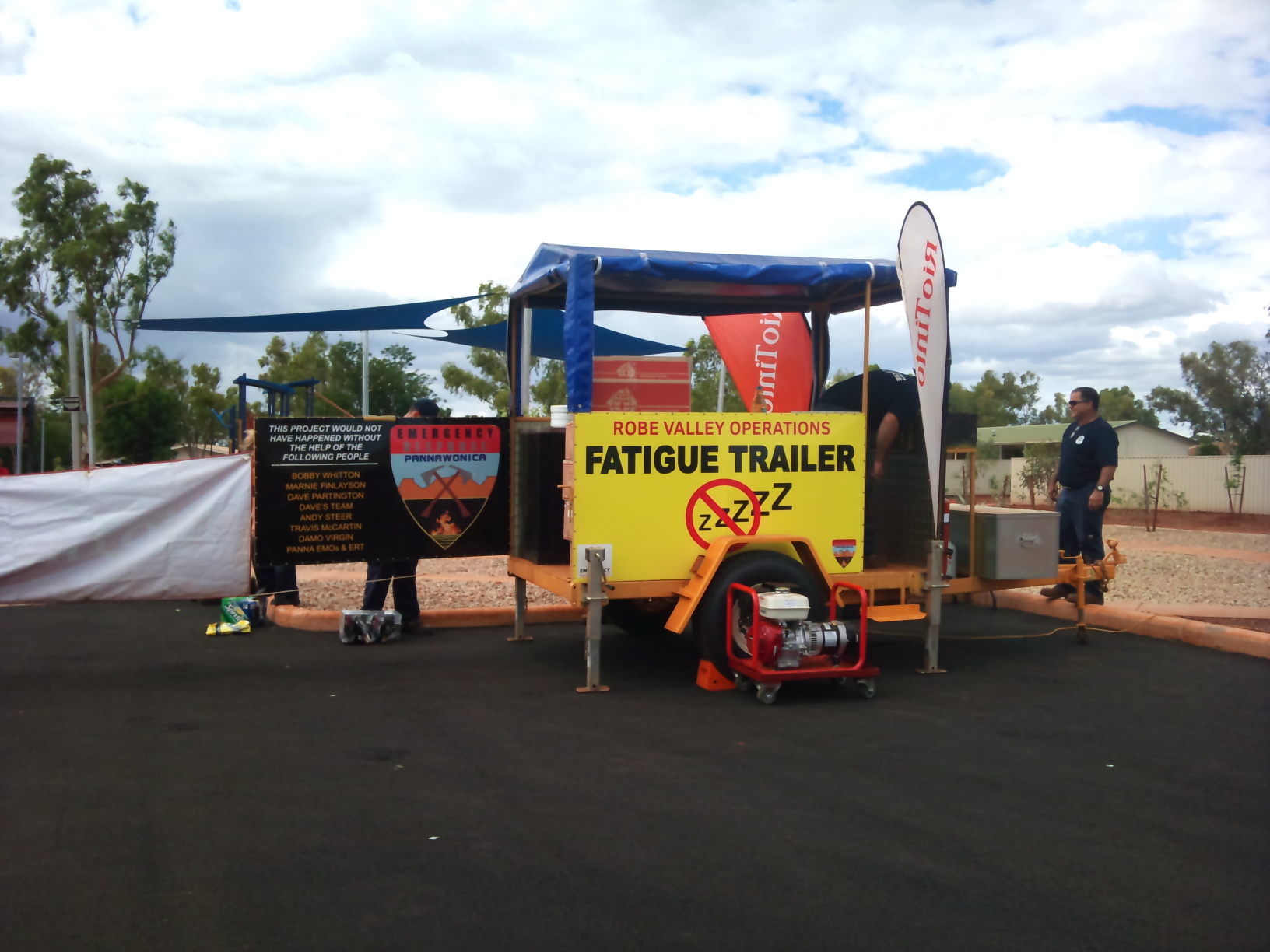 Send to a friend